Go to Cleveland. They don't suck.

Dear Pyoderma,
You are a real shit head. No seriously. I HATE you.
Love,
Jackie

Lets talk about how I do everything wrong, so that way you guys can learn from my mistakes. Its really a gift that I’m giving you. Belated Christmas gift, if you will. Except your Jewish or something.
Anyway. So this little shit that is my Pyoderma is still there. So remember I went to Cleveland to have them look at it…inject it with steroids…and decided that it was silly that someone up here couldn’t do the same thing? So I pulled some strings and I got into to see one of the camp GI docs here last minute…hes also a pediatric doctor…my mom had to come. (HILARIOUS). So I get there and he’s like yup, pyoderma, ok go see this Colorectal surgeon I work with so he can inject it. 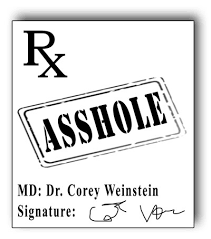 So I go see this local surgeon and here is where it all goes downhill. I get there, I pay my $35 office visit fee. I go in and see the doctor, who says nothing but basically take your pants off. He returns (without knocking) checks out my butt, then rips my bag off without any warning or adhesive remover. Makes a comment how if steroids aren’t working, then they won’t work, then injects around the pyoderma..not in it. Then he LITERALLY makes fun of my scar, and its size. He also scoffed at the fact that my last surgery failed. Then leaves. So I have no pants on…and one hand to get my bag/wafer and clothes on without pooping everywhere.
Now also notice that he didn’t come in and say Hi, My name is_____, why are you here? Whats your story. Blah blah blah. Literally, didn’t introduce himself, then he made fun of me as a patient. He shoulda just called me ugly and fat on top of it all. So I left there, sat in my car and cried cause I’m a big baby. I also called Vicki and Remzi (I have his cell). Neither answered so I got home and wrote a frantic email about how these two doctors contradicted each other, told me I had Crohn’s, my butt was weird, steroids wouldn’t work, made fun of me…blah blah blah. Lets just say when they called me back, they were not happy. We all decided that even though it sucks ass, the best option is to go to Cleveland every 2 weeks. It sucks, but I feel confident and comfortable there. I am shocked at the asshole manner in which this local surgeon treated me. He took my money and basically all of my dignity in about 5 minutes.

I did go back to CC this week. I’ve got a plan for the pyoderma which I’ll update about later. But what I am trying to tell you here…is that you should in all cases go with your own doctors/surgeons. Convenience isn’t really a reason to trust someone else.